The 18th Int. Concours d'Elegance ASC-Classic-Gala Schwetzingen presented its more than 18,000 visitors with the most beautiful and elegant, the best-preserved and the most original a classic car show of superlatives. The undisputed highlight was the automobiles from the Hessian brand Röhr on the palace terrace at the entrance to the unique baroque park. 14 Röhr cars in one place were almost a miracle, thanks to the preservers and sponsors of Röhr's history, because this upper-class brand only existed from 1926 to 1935. With independent wheel suspension, a low-bed box frame and gear steering innovative technology, the eight-cylinder ensured prestige.
But because you couldn't keep your head above water with luxury cars alone, Tatra took over the license to build the Type 75, which was marketed with numerous modifications as the Röhr Junior. Business with the small four-cylinder car with a boxer engine was good, but the expensive models were less successful. Röhr production ended in 1935, and the last Junior left the Ober-Ramstadt factory on March 9, 1935. Of the 4,000 Röhrs that were built, around 30 remain today and almost half were in Schwetzingen: six Röhr Juniors in various versions and eight Röhr 8s, which represented almost the entire range of luxury car production, impressed the visitors to the Concours.
110 years of Bertone
Röhr was not the only special topic in Schwetzingen. Bertone's 110th anniversary was also celebrated and an interesting cross-section of vehicles designed or built by Bertone was on display. Of course, perhaps the most famous Bertone design could not be left out, the Lamborghini Miura, which rotated on a circular plate because the specimen on display had more than 12 paint colors that became visible through careful sanding. But also two Alfa Romeo Montreal, the GTV (often simply called Bertone), the wedge-shaped Lancia Stratos or the BMW 3200 CS from 1961, plus the Fiat Dino Coupé, also made an appearance. There were also exotics from Bertone's history on display, such as the British Gordon Keeble, the 6-door Fiat 850 Visitor bus, which was used to drive important visitors through the Fiat plant, and the Mazda MX81 study, which won the Bertone rating could win.
120 years of Cadillac
In 2022, Cadillac can look back on 120 years of company history and this was celebrated as part of the US Classic Car Concours: three of the famous V16 pre-war cars were there and the single-cylinder runabout from 1904 was one of the first cars in the US -manufacturer. In addition to the stars of the 1940s, the big "road cruisers" of the 1950s and 1960s with their fins, chrome and
Panorama windows do not and the spectrum of price contenders ranged from the 70s and 80s to the Allanté Cabriolet Pininfarina from 1991.
The special thing about the Classic Gala is not only the impressive special shows, but also the countless special cars that are arranged in the park according to their year of manufacture and only stand out on closer inspection among the 160 evaluated exhibits. In September 2022, for example, this was the Glas M61 prototype from 1961, which was the successor to the Goggomobil

designed, but did not make it into series production because the middle-class type 1004 was being developed. The M61 was used as a regular car until 1981, when it was deregistered.
Also unique is the "501 Kaiserauto" from 1935, which a Zeppelin employee built in the airship style and was powered by a 500 NSU motorcycle engine. The street rocket ran at a whopping 100 km/h. A plump vehicle was waiting on the terrace that looked like a VW Beetle – the Maier lightweight construction from 1935, which was the first to have a DKW engine in the aerodynamically sophisticated and self-supporting light-alloy body. Now the long-hidden Beetle forerunner is ready to drive again, along with its innovative details such as the height-adjustable chassis or the headlights that steer into corners.
A BMW 507 next to a Mercedes-Benz 300 SL Roadster reflected the rivalry between the two at the 1955 IAA, a Bristol 405 as an aerodynamic sedan rivaled a French Facel Vega FV2. A 1953 Ford Comete V-8 and an Aston Martin DB 2/4 coupe also fit well into this group.
With the record vehicle SSKL from 1931, the Mercedes Museum showed the origin of all Silver Arrows, while on the terrace you could see 70 years of the Mercedes SL series and the Mercedes-Benz IG celebrated 50 years of the S-Class with the first presentation of the safety research vehicle ESF13.
The almost 40-strong international jury presented the winners of all classes in bright sunshine on Sunday afternoon:
The Best of Show Classic Gala Schwetzingen 2022 went to a British 1928 Rolls-Royce Phantom I Hooper Tourer. Second place went to the Swiss Bugatti 57 Stelvio

1934 convertible. Third place went to the 1953 Ford V8 Cométe, which was also Swiss.
The 2022 Classic Gala Grand Prix was won by a British Lagonda V12 DHC from 1939, followed closely by a Mercedes-Benz 500 K Cabriolet B from 1934 and third place by a delicate Alfa Romeo 6C 1750 Testa Fissa from 1929.
The Star of Classic-Gala Schwetzingen 2022 went to the Dutch-Dutch Cadillac 4335 V16 Coupé Cabriolet from 1930 and the Landespreis Baden-Württemberg 2022 went to a unique Hispano-Suiza H6B with Spohn body Ravensburg from 1932.
The sensational Cadillac 4335 V16 from the Netherlands from 1930 also received the Best of Show of the US Classic Car Concours.
The Röhr 8 Type F streamlined limousine Autenrieth from 1932, which was unique in the world, won 1st prize at the Röhr special show, followed by the Röhr RA 8 Monobloc Aerable and a Röhr "Olympian" limousine coupé Autenrieth from 1935.
The 120 Cadillac 120 Jubilee Trophy was awarded to a 1941 Cadillac 62 Convertible and at the Trofeo 110 Years Bertone, the 1981 Mazda MX81 Bertone study took first prize, followed by the Gordon Keeble and the Fiat 850 Visitor bus.

You can find more information about the winners in the 2022 results list at www.classic-gala.de

Exhibitors turned the Schwetzingen Classic Gala into an automobile social event
The interesting presentations of new vehicle developments and hospitality campaigns by the exhibiting partners and sponsors, the various clubs, high-quality restaurateurs, automobile artists, live music shows and the numerous sutlers framed the unique automobile show with a unique supporting program, which next year will take place from 1st to 3rd September 2023 will take place for the 19th time. 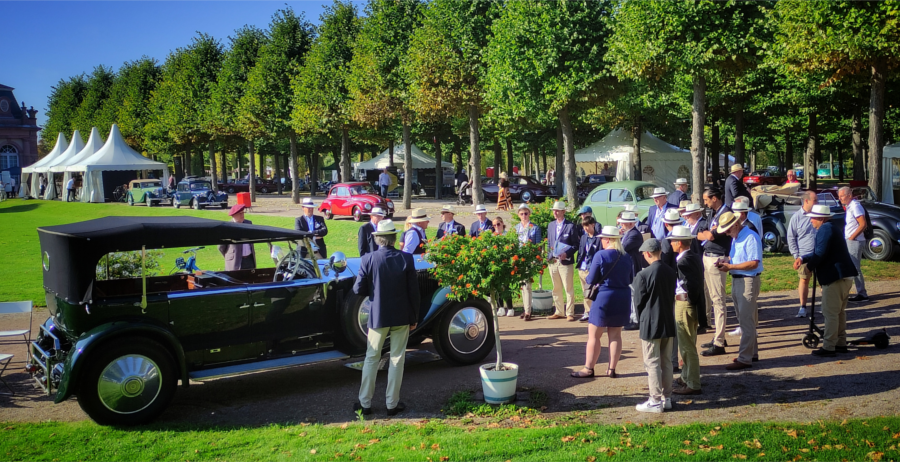 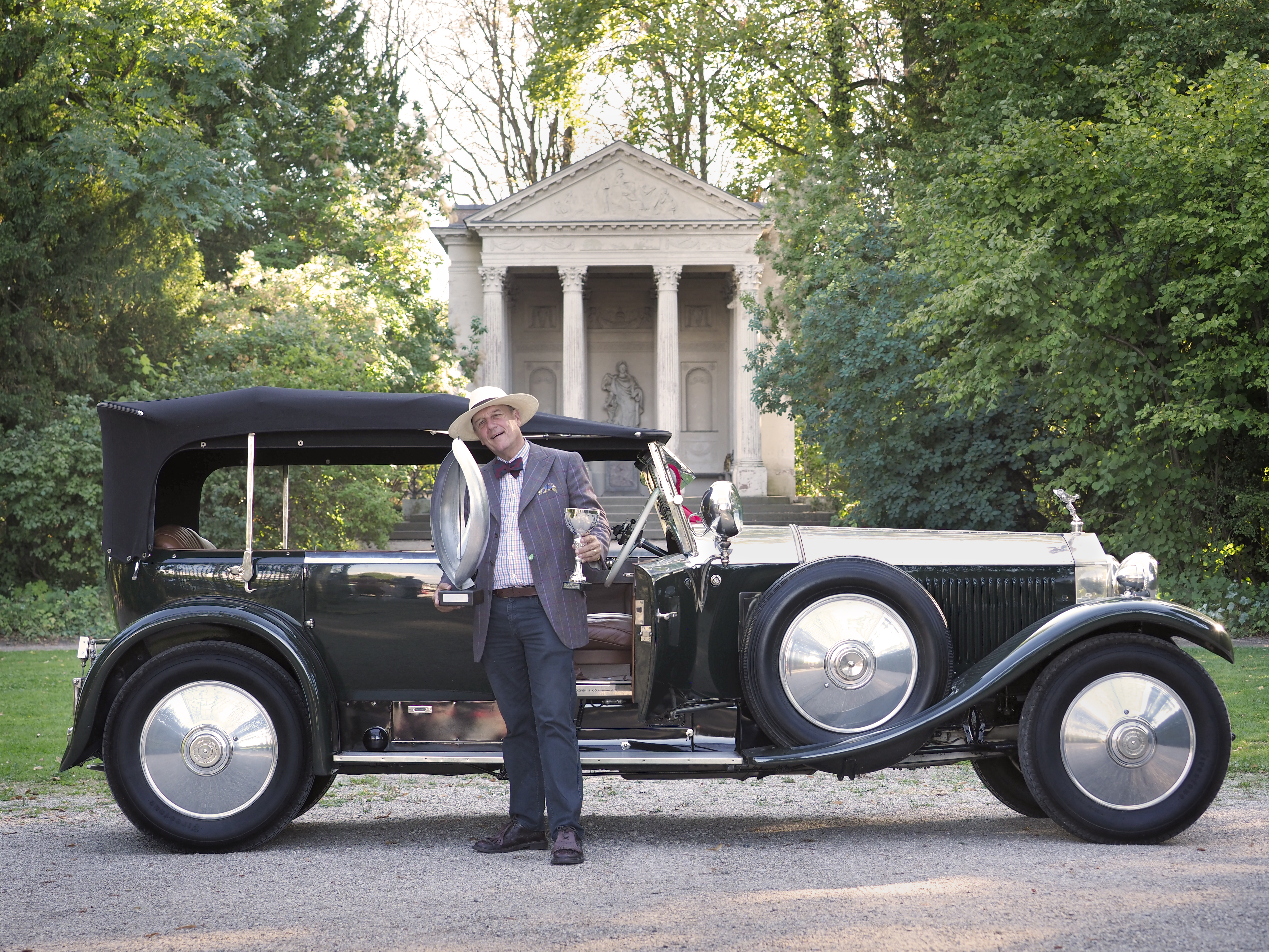 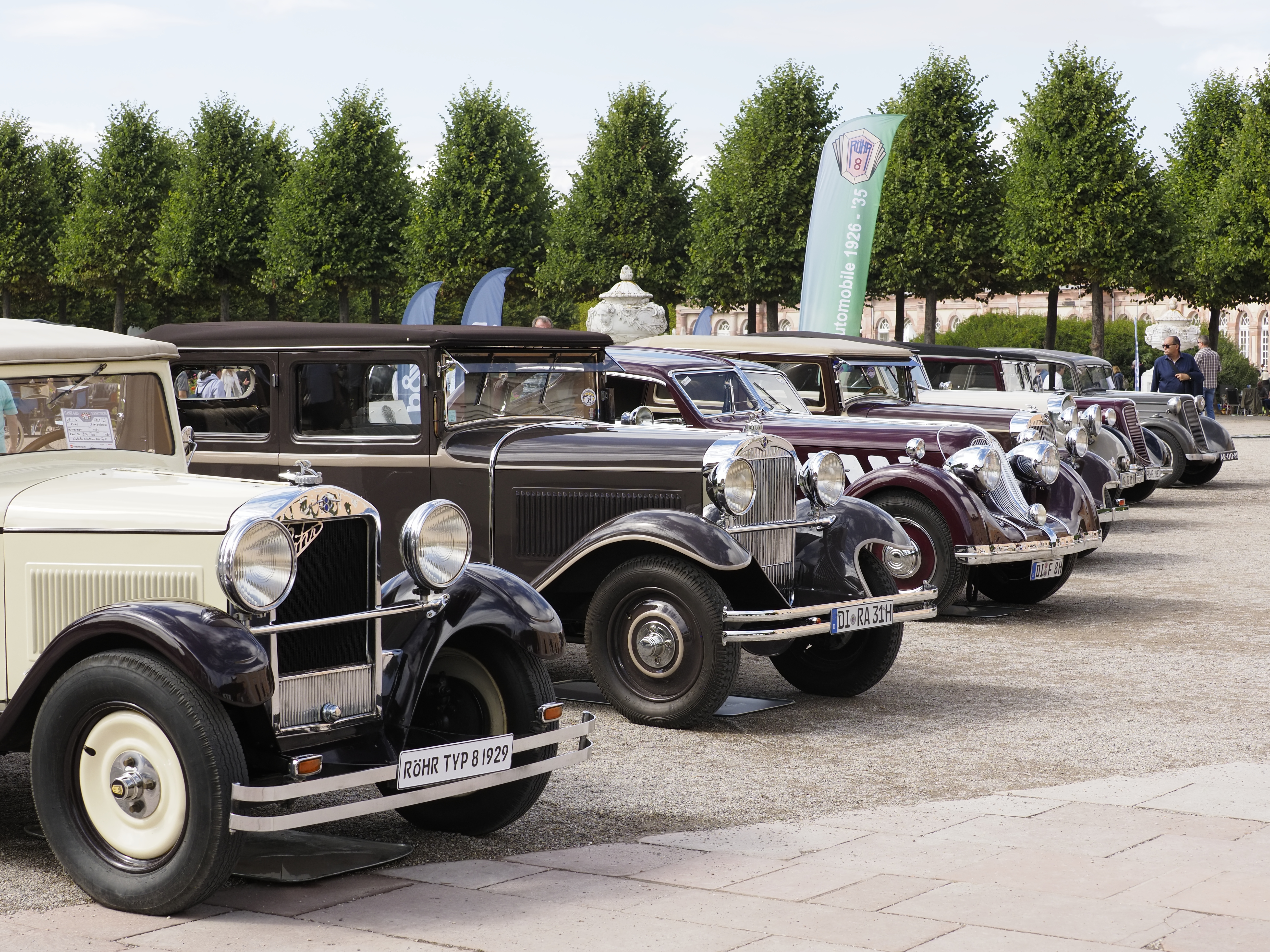